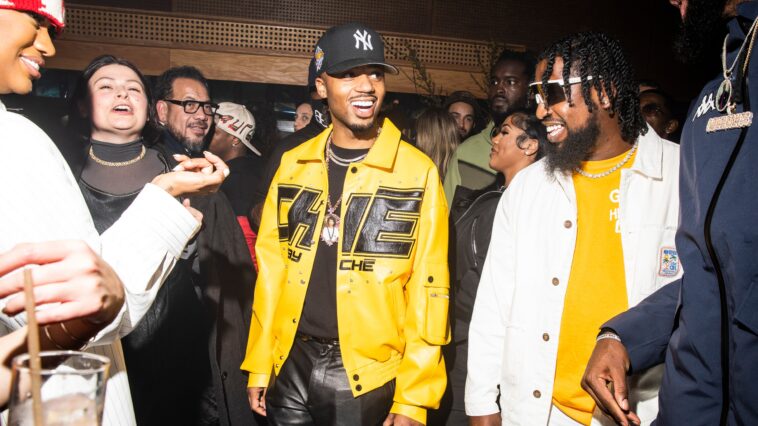 On Thursday night time, GQ took over Public Data in Brooklyn for a celebration introduced by PATRÓN EL ALTO Tequila celebrating hip-hop’s producer of the second: GQ Hype cowl star Metro Boomin. The get together obtained began when DJ Boof turned up the quantity on “Superhero” off Metro’s long-awaited sophomore solo album, Heroes and Villains, which dropped final week. There’s nothing like listening to Metro’s genre-defining sonic panorama on a booming Ojas soundsystem—and there’s actually nothing prefer it when the architect of Atlanta rap himself is in the home, grooving alongside. Because the tequila flowed and Metro pals and collaborators like French Montana, A Boogie With Da Hoodie, and Druski hit the dance flooring, phrase got here down that Heroes and Villains had gone #1. Hold scrolling to see how the celebration unfolded.