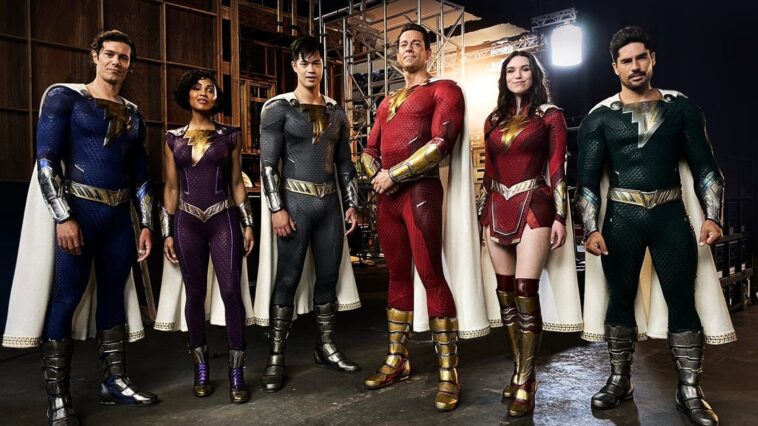 We now know what’s forward for the superpowered household launched in 2019’s shock hit, Shazam. A new trailer for sequel Shazam: Fury of the Gods was unveiled at San Diego Comedian-Con, throughout Saturday’s Warner Bros. panel.

Fury of the Gods will see the return of some acquainted faces, together with Zachary Levi as Shazam, Asher Angel as his youthful alter-ego Billy Batson and Jack Dylan Grazer as Freddy Freeman. Helen Mirren and Lucy Liu will play, respectively, Hespera and Kalypso, villainous daughters of the Greek god Atlas.

West Facet Story breakout star Rachel Zegler will painting a 3rd sister. Her character appeared in a barely meta clip shown at the convention on Saturday, in accordance with DiscussingFilm.  She reportedly asks Billy how the Shazam household met, prompting him to reply “Comedian-Con!” Sadly, she would not know what Comedian-Con is.

Levi would not reveal if his character will encounter Black Adam, who’s acted as a villain to Shazam within the comics and is getting his personal film on Oct. 21 (and in addition received a brand new trailer on Saturday), or Superman, who had a cameo position within the first film.